Lester Bear Maiczan is the Co-Chair of the Indigenous Action Circle of PSAC-NCR. In response to the news about the finding of 215 unmarked graves of young Children, he wrote the following:

I was saddened to hear about the finding of 215 unmarked graves of young children at the Kamloops Indian Residential School— but I cannot say that I was surprised.

The Truth and Reconciliation commission report, which has been released for any and all Canadians to see, documented the many abuses that took place at these ‘schools’ for over 100 years.

In fact, Calls to Action 71 - 76 of the TRC report deal specifically with burial sites of children who died at residential schools and whose parents were never notified of their deaths; the circumstances, nor given the option to bury their children in their own community.

Shamefully, the federal government and churches have fought over making the school records available to groups working to identify victims of the residential school system for many years, including St. Anne Residential School, which is one of the most notorious schools from this era. This school housed a homemade electric chair constructed to mete out punishments to First Nations children.

Before you can move on from trauma, one has to acknowledge that said trauma exists, but more than that, the Canadian government and the churches must acknowledge and take responsibility for their part in these traumatic events.  To say 'I did it, but am not responsible' is not enough.  To say that 'I did it, but will not tell you the whole story' is not enough. Indigenous people know that a failure to do these things will mean the Canadian government, be it Liberal or Conservative will continue to obfuscate and say the right words but not take any action to address issues that impact the daily lives of Indigenous Canadians.

Although the history of residential schools was never taught in our school system, many First Nations grew up knowing this history, as many of us had parents or grandparents that went to these schools.

We have heard the stories of how children would spend up to 10 months of the year far removed from the support of their parents and their communities.

We have been told about how they had to work half the day and then spend the other half in class; as well as accounts of young children who died at these ‘schools’—and how parents were not notified.

These firsthand stories are heartbreaking and, as many memorials that are going up across the country will attest, it is apparent that many Canadians feel the same when they hear about what happened at these 'schools'.

The fact that there are unmarked graves needs almost no other explanation for Canadians to collectively express their sorrow.  An unmarked burial tells people that the short life and death of these Indigenous children was not worth acknowledging.

Governments and the churches need to stop putting up roadblocks and release records from these schools, so that Indigenous people can move on to a better place in Canada.

Change means ‘the act or instance of making or becoming different’, which is what is required at this moment.

The government must take change, by putting one foot in front of the other and actually moving to enact the TRC Calls to Action.

They must also stop discriminating against over 165,000 First Nations children by providing equal federal services on reserves.

The over-representation of First Nation children in care is the continuation of a very dark part of our history. More children are in care now than the total number of children who attended residential schools—a situation that is linked to the unnecessary family separations of thousands of children.

This doesn’t sound like a government that is moving on from this dark history but appears to be opening up yet another chapter. 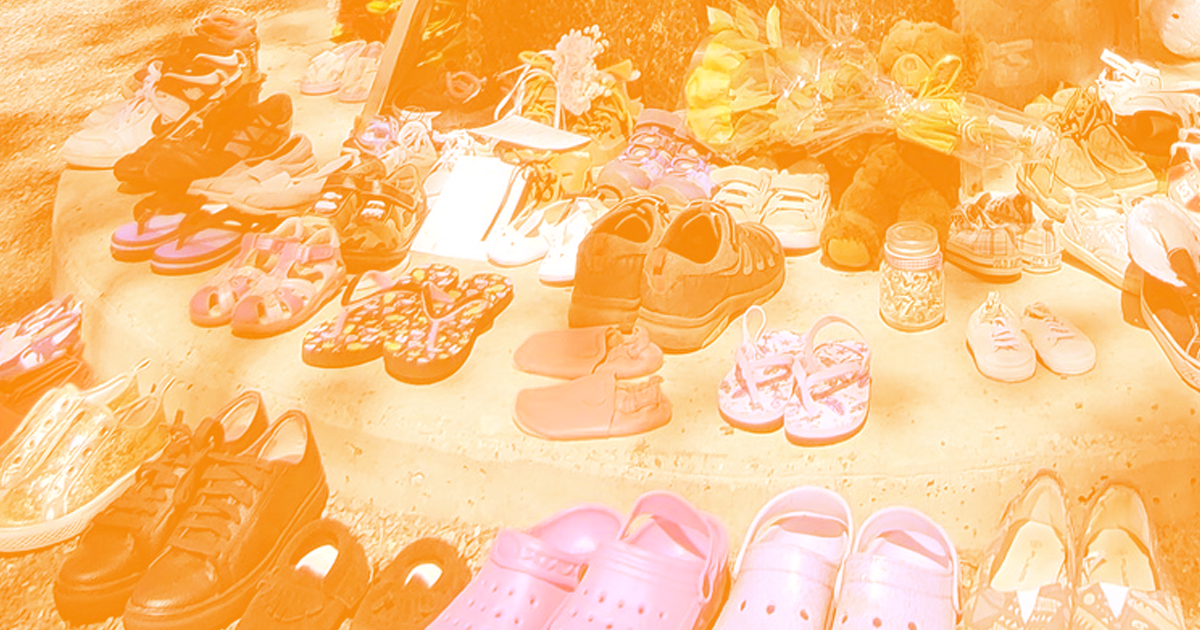