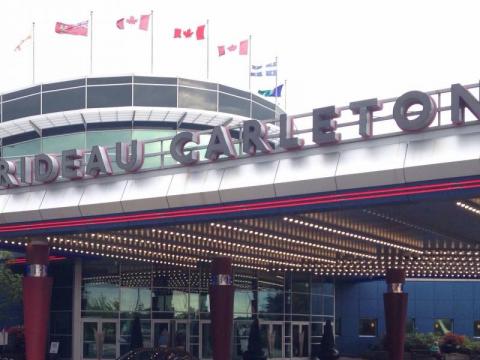 Management at the OLG Rideau Carleton Raceway Slots (RCRS) has indicated to its workers that they will be locked out as of 12:01 am on December 16.

The 124 workers, represented by the Public Service Alliance of Canada (PSAC), had been negotiating a new contract since May 2014 and were seeking reasonable wage increases and assurances about the future of their pension plan. The workers have not received a raise since 2009 and now earn significantly less than workers in comparable positions at other Ontario Lottery and Gaming facilities.

The last offer from RCRS management would freeze wages for the first two years of the new contract, and also seeks to remove existing pension language from the current collective agreement.

Furthermore, the RCRS has cut off all workers from their health and dental plans, and also rejected PSAC’s offer to pay insurance premiums on the employer’s behalf for the duration of the labour dispute. PSAC has assured all members, however, that the union will provide alternative health and dental coverage during the lockout.

“We find it very unfortunate that rather than try to reach a reasonable settlement at the bargaining table, the Slots has chosen to lock out its own workers,” said Doug Marshall, president of the Union of National Employees, a component of the PSAC. “I also find it hard to understand how an organization that generated $2 billion in net profit during the last fiscal year can’t find enough money to give its workers a raise.”

“We remain committed to reaching a fair contract and call on Slots management to return to the table as soon as possible,” added Larry Rousseau, Regional Executive Vice President of the PSAC. “The RCRS is a popular destination during the holiday period and we regret that this lockout will disrupt many clients’ plans.”

The locked out workers serve in a variety of roles, including as parking attendants, housekeepers, slot attendants, slot technicians, cashiers and money room clerks.